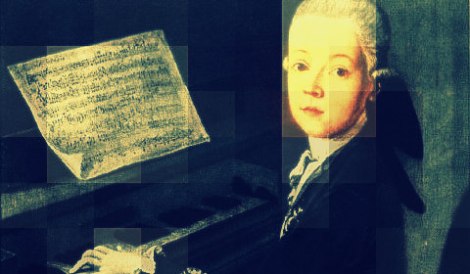 Walked through Burggarten to see Mozart’s monument, after failing to find a café where he would have visited – it doesn’t exist. “Café Mozart” or “Mozart Café” across the Albertina surely isn’t it.

Plus, I didn’t have four seventy (coffee with milk) on me.

Finally, I found his picturesque and statutory ass, shining from underneath the cover of snow in nearly the same color. I told him I would be back with a Wiener melange and a vanilla-flavored cigar from afar.

Like all the coffee with milk in Vienna, this one was unbearably tepid. Indeed you are better off getting a glühwein or orange punch if your goal is to gear up and warm up your coldest of sides.

Funny enough, I never needed to warm up at any given Viennan moment – as if the snow was in fact like a blanket, or my near-Dutch heart just felt right at home, no matter how little fat covering it.

No, I just needed my daily dose of caffeine. Besides, I had a date with Wolfgang, and he loves the smell of burning beans and vanilla in the morning, or so I imagine.

A secret that must be shared so I don’t look like some statue-loving fetish freak, is that Mozart is actually buried right there in the Burggarten; not in the cocky Zentralfriedhof, but not in the common people’s St. Marxer Friedhof either.

So, in order to discuss the thing I needed to discuss with this genius slash fellow ‘humad’ man, at the Burggarten is where I needed to be. Got out my transistor radio, put it on 1487 Hz, lit my Stimmung and enjoyed the composer’s company and thoughts for several ball-freezing hours.

(He was truly amused when I told him I had fallen fast asleep standing upside down during Don Giovanni. Indeed, he is convinced it was his least enticing opera ever made. Indeed, while the temperature belonged to my heart, my balls did what they did despite of it.)